Yesterday, I was able to leave the house ALONE to meet my girlfriends. Alone because for the first time, since I was on ML, I always have Ayex in tow whenever I go out. Anyway, back to the night out.

Megamall is at the middle of Ortigas and Shaw Boulevard MRT stations. That means, if I take the train, I would have to walk about 500 meters. I am lazy so when I reached the North Edsa station, I decided to take an ordinary bus, lucky me, Roval Transport was there. It has been months since I last rode the bus. However, when we reached GMA area, the cars were bumper to bumper. While I kept telling myself that I took the wrong choice, I still did not take the MRT. The traffic ended in Ortigas and I don’t know what was the cause. I’m just happy that I was not late, a few minutes before 5PM, I’m already with Grace.

I met Grace at The Faceshop and we walked to Amici. A few minutes later, Aika arrived. It’s been more than a year since I last saw her. Since her hubby left the country, she barely had a chance to meet us so we let her choose the food we’ll eat. That was my first time to dine there and I must say, their service is efficient. Their food is also delicious but not pricey. We ordered Fried Mozzarella Cheese; Meat Lover’s Delight and Seafood pizzas; Carbonara, Lasagna and Pasta in Garlic and Oil; Caesar’s Salad; and a 1.5L bottle of Sarsi. We were super full with food and stories. To top our dining experience, we got free 3 cups of Caramia gelato because our bill reached PhP1500. Actually, we made it reach that amount. Hahaha! 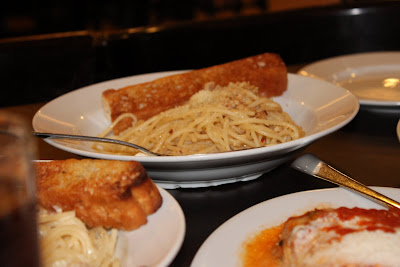 After ordering, Yana arrived. Nahuli pa siya ng MMDA! She was already in Megamall when she was apprehended. Apparently, when you took the tunnel, you cannot right-turn to Megamall, which she didn’t know. Gretel was the last one to arrive because she had a class in Makati, she’s taking Fashion School.

Our night was filled with food, stories and laughter that we didn’t realize the mall’s closing. Aimee couldn’t meet us at Amici because she’s currently on shift. Good thing she’s just a few blocks away from Megamall. After dinner, we went to her building where we had more stories and laughter. Yun nga lang nakatayo kaming magkwentuhan! Me and my girlfriends are the same crazy people we were back in college. That’s one thing I love about them. You can be like that without hesitations.

We hijacked Aimee from her class (she’s a trainor) for almost an hour. Nobody noticed the time until I declared I have to go because my boobs are already filled with milk and are starting to hurt. I better get home or else, I might end up with leaky clothes. That’s when we called it a night. We agreed that we’ll have an overnight at Yana’s place soon to have more catching up. Below are some of our pictures. 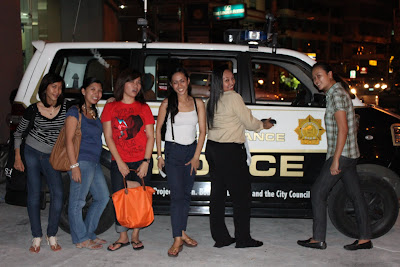 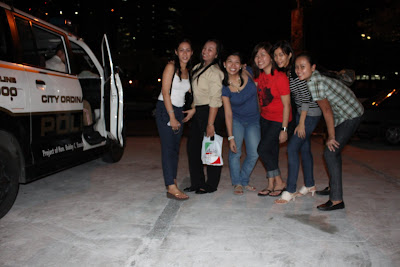 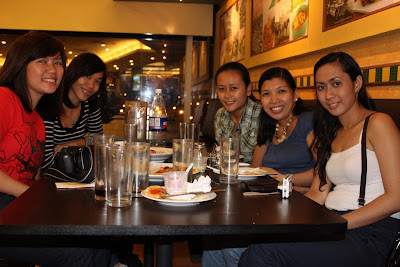