This is the part 3 of Ayex’s pre-nursery graduation experience. Sorry for the delay. Chyng, after this, I will be posting the Bolinao trip, promise. 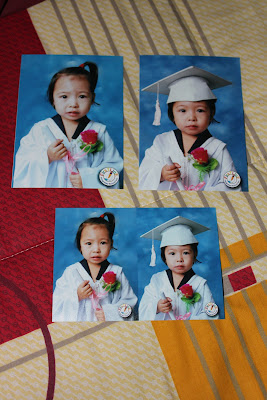 When Ayex and the other students marched, they were handed a brown envelope. It contained flyers where parents can get information about the next school year plus some pictures: the toga and class picture (for those who availed). The above photo is my daughter’s first picture in toga. I’m glad that she cooperated with everybody when this pictures were taken. 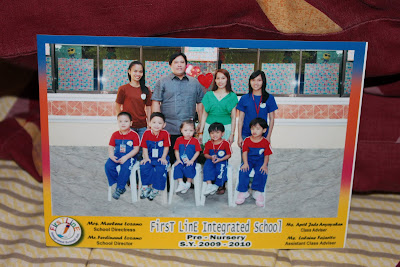 This is Ayex’s copy of their class picture. These are the people in the above photo starting from the top row, left to right: 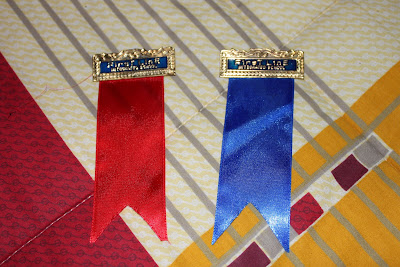 These are the symbols of the awards she received. The blue one is for Most Neat. She received it along with her first ever diploma, which by the way has an incorrect spelling of her name. I should call the school soon for it to be corrected. The red ribbon is for Best in Science. It came as a surprise but I noticed that this little girl is really interested in Science. 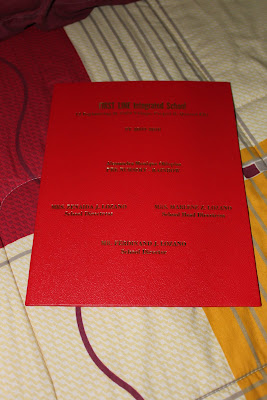 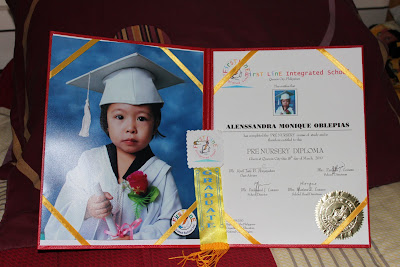 The photos above show my daughter’s diploma, outside and inside view. I have a pre-nursery graduate! The question now is, should I enroll her to a nursery class already?