There are plenty of things I was suppose to share with you but they got buried in my memory. One of those is the unfortunate event that happened to Erin, my Samsung Point-and-Shoot camera. To cut the story short, her LCD seems to be broken after hubby brought her along in the annual Tour de Fireflies last April. I only see black and white color in her screen.

Since I was busy with a lot of things, I have not brought her for a check up. Hopefully in the coming weeks. Hubby said he will pay for the charges since he was the one who broke it. If it is too pricey, he’ll just buy me another one.

So now, I am checking various camera manufacturers to have an idea of what I will ask as replacement in any case that we will just opt for a new one. I was surprised to learn that Nikon does not only sell cameras, Nikon binoculars are also part of their catalogue! Am I the only person who does not know that? Gosh I feel like an alien!

Anyway, we really do not know yet what will happen since Erin still needs to be checked. But for sure, I still want my own compact camera because hubby’s SLR is hard to carry all the time. If we ever go for a replacement, I will probably ask for something with dual LCD! Wahahaha! 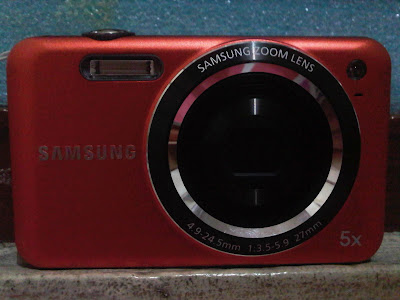 This is Erin, short for tangerine. I bought it yesterday from an online supplier. I finally have my own point-and-shoot camera that I can bring with me anywhere. This is actually hubby’s birthday gift to me, bought in advanced. Thanks, Be!

While I don’t have events I need Erin’s help, she will stay home so she can be used to capture my kids’ precious moments.

So why did I chose this model? I have a number of reasons. 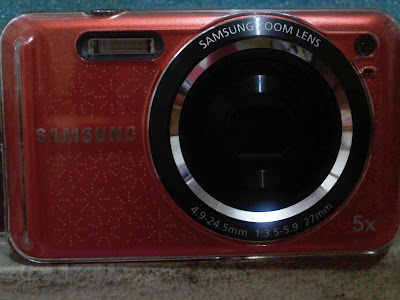 This model also includes an anti-scratch mask as you can see above. I think it is perfect because Ayex loves taking pictures herself and I know she will always borrow Erin.