Back in my childhood days, I remember watching almost all of Ginebra’s game on television. Yes, I was a solid Gin King’s fan. However, I somehow lost interest on watching PBA in general when most of my favorite gin players left the team. Marlou moved to Sta. Lucia if I’m not mistaken. I can’t remember what happened to Vince Hizon, Bal David, and Noli Locsin. What I’m sure of is I lost interest in the games when they left.

Today, as I was reading Yahoo! news, I saw a post written by Particia Bermudez-Hizon and it got me all curious. It’s been a while since I saw Vince, not that I saw him personally already. 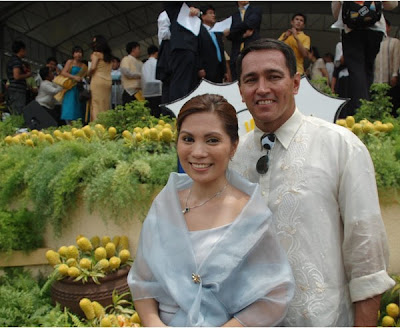 Now I remember, it was more than a decade ago since I last watched a PBA game. The picture somehow reminds me. Back then Vince was very young looking and mestizo The picture above clearly shows that he has aged but still looks good.

The picture somewhat reminds me of things I dropped in my life, not intentionally, and now I think of them. It seems that I dropped too many already. I miss things I used to do a decade ago and I don’t know what happened.

Anyway, I’m glad to see Vince again, even on pictures only.