Tonight, get set to be blown away by the latest drama and entertainment shows on an all new, all awesome AXN Beyond channel. More than ever, viewers from the Philippines will enjoy a fresh and unrivalled programming line-up Tuesday nights across a newly-expanded spectrum of genres, as AXN Beyond refreshes to redefine the entertainment experience like no other.

Turning into a ‘super-sized’ channel, AXN Beyond will serve up more monthly premieres from many more genres than before. Taking the definition of ‘entertainment’ to the limit, AXN Beyond will go beyond fun, feisty and fabulous with its variety of shows. These range from mystery and suspense, fantasy and science-fiction, paranormal and supernatural, fashion and design, to lifestyle and romance, across drama, variety, reality, sitcom, comedy, talk shows, movies and even music concerts.

Said Voo Chih Yeong, Head of AXN Beyond, “Viewers need to look no further than AXN Beyond for the latest shows across the variety of genres, as our channel will have something for just about everyone at a single destination. With a far more compelling entertainment experience, AXN Beyond now appeals to an even wider audience than before. Viewers who have come to enjoy the great programs on AXN will definitely love and appreciate the same world-class quality in the fresh content selection on the all new AXN Beyond.”

Indeed, AXN Beyond hails from the same team that brought Asia its top English general entertainment channel, AXN. As a fresh, hip and energetic TV destination, the new AXN Beyond draws audiences across a wide range of demographics seeking new and exciting entertainment choices, and has its sweet spot among male and female viewers aged 18 – 35.

Beyond fun on AXN Beyond’s Super Tuesdays
AXN Beyond viewers are set to enjoy a back-to-back series of the channel’s very latest shows on Super Tuesday evenings not-to-be-missed. The fun begins with reality talk show The Marriage Ref, as celebrities such as Madonna, Demi Moore and Gwyneth Paltrow pass judgement on real-life couples’ marriages.

That leads to light-hearted series like Drop Dead Diva Season 2 which continues the life of shallow model Deb (Brooke Elliott) whose soul ends up in the body of a brilliant, plus-size attorney. The night’s fun culminates in AXN Beyond’s headliner of the month – fresh new legal comedic drama The Defenders which stars Jim Belushi (According to Jim) and Jerry O’Connell (Sliders) as colourful Las Vegas defence attorneys.

With all that and more, viewers will surely adore the all-new, all awesome entertainment experience with the latest shows across the greatest variety of genres, unveiling this December on the fresh, hip and super-sized AXN Beyond. Check out some of these shows:

The Marriage Ref
Tuesdays, 8:10pm, first and exclusively on AXN Beyond 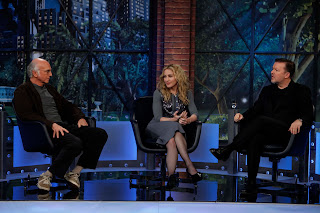 Jerry Seinfeld is back and in the producer’s chair for a funny and revealing comedy panel series The Marriage Ref, about the unpredictable and hilarious institution commonly known as marriage. In The Marriage Ref, disputes between real-life couples are revealed, examined – and ultimately judged.

For the first time, audiences will be able to look at these fights, analyze them and declare a winner. At the centre of the action and making “the call”, is popular comedian Tom Papa (The Informant!who will have the final say in determining the victor of each spat. 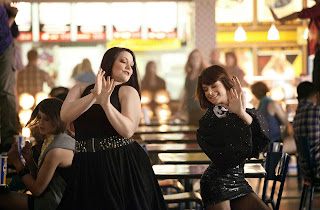 Returning for a second season, comedic drama Drop Dead Diva continues the story of a shallow wannabe model that dies in a sudden accident, only to find her soul resurfacing in the body of a brilliant, plus-size and recently deceased attorney, Jane.

At the close of last season, Deb was ready to let go of her past and embrace her new life as Jane. But the unexpected arrival of Jane’s “secret” husband, Ethan (Devon Gummersall), at her doorstep left her with more questions than ever. To make matters worse, Jane may be disbarred after breaching client-attorney confidentiality when, against the firm’s advisement, she reported her client for fraud. Faced with a new love triangle and the uncertainty of her career, Jane must, once again, chart out a new future for herself…

The Defenders
Tuesdays 9.50pm first and exclusively on AXN Beyond

The Defenders is a comedic drama about two colourful Las Vegas defence attorneys who go all-in when it comes to representing their clients. Nick (Jim Belushi, According to Jim) and Pete (Jerry O’Çonnell, Sliders, Crossing Jordan) are the local go-to guys with an eclectic client list who are still looking to hit their own jackpot.

Leading the law firm of Morelli & Kaczmarek are Nick Morelli, an earnest, hard-charging attorney who represents his clients to the best of his ability, no matter how big or small the case; and his partner, Pete Kaczmarek, whose passion for the law is matched only by his love of fast cars, beautiful women and expensive clothes.

Joining them in their growing law practice is new associate Lisa Tyler (Jurnee Smollett, The Great Debaters), an enthusiastic young attorney looking to put her exotic dancing days behind her; and their young assistant, Sophie (Tanya Fischer, Life On Mars), a spunky and sweet ingénue who is eager to please her bosses. 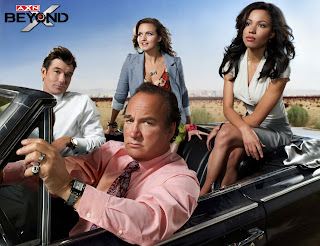