My PIL aren’t home today because they had to go to Zambales to visit Inay, who, according to Mon had a mild stroke last Tuesday. Get well soon Inay! Anyway, going back to what I’ve learned this morning.

I asked Ate Meriam to buy me some pandesal, which I will bring here at the office. She asked Ayex if she wants to go with her but she retorted and hugged me. Akala nia siguro pagbalik nia wala na kami ni daddy eh di pa nga kami naliligo!

So while Ate Meriam was out, Ayex pulled me to the door. We went outside where her tea set is waiting for her. This is what she plays with in the morning when we’re getting ready for office. It keeps her busy because she asks them to put water in her tea pot, which she pours from one cup to another. Hayyyyy!

Ate Meriam came back and I told Ayex that I’ll be taking a bath already since I’m already late. She refused to let me go. I really should stay home na lang! Hahahahaha! Ate asked me about Ayex’s Pediasure. She said Tita Joan (Rich’s mom, our neighbor) told her that Nido (Rich’s milk) should be consumed within 1 month after opening it. She asked me if that’s the same for Ayex’s milk since it’s been a while since they had Ayex drink Pediasure. After our conversation, I went inside and looked at the can. 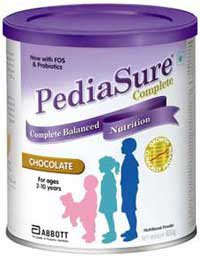 I read: Store in dry place. Content should be consumed after 3 weeks of opening the product. (This is not the exact text)

Hayyyyy! The big can still has 1/4 milk powder. Lesson learned: Don’t buy the big can if your baby is not into formula.