I’m officially broke after four days of receiving my salary. Why? For the love of shopping, what else?! Hahaha!
I’ll update this blog when I already have the pictures of my latest kakikayan.

>Monday: Paid Lo-ve PHP300 for the lovely accessories I ordered. These are my second favorite. The first is of course, my jade bracelet given by my darling hubby. 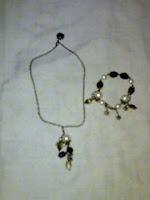 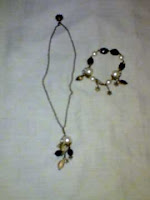 Tuesday: Passed by an ukay-ukay in Cubao on way home. It started raining hard so instead of letting the rain ruin my night, I passed by these series of ukay-ukay in Cubao. I got three nice blouses only for a hundred bucks. 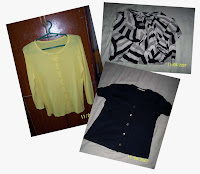 Wednesday: I was thorn between going to the office or not because it started raining hard just before I left for work. Good thing I was hard-headed and took the bus instead of a cab. Nix called me to say that Libis is flooded and we might get stranded. She also told me that we can apply for emergency leave. With that, I went down in Quezon Avenue, crossed the street and took another bus going home. It wasn’t raining that time until I reached home, even in the afternoon. After lunch, I went out because I had to pay my hubby’s Citibank card. After that I passed by Circle C hoping to finally get myself a leggings. I finished with three tops and a leggings. Another PHP320 stashed off our savings.

Thursday: I’m declaring that I’m officially broke because I’ve overspent. However, there’s just some things that I had to buy like soap, shampoo, liners and deodorant. That’s another PHP345!

Oh well… So what?! I’m happy with the things that I bought! 🙂